A Tribute to A.L. ‘Judge’ Holmes

It is with great respect and fondness that we recall the life of A.L. ‘Judge’ Holmes. He was a loyal contributor for 57 years, an active volunteer, co-chair of Success By 6, member of the Alexis de Tocqueville society, past board chair (1989), and a Jenkins Award winner in 1994.

Past UWCF CEO Terry Worthington shared, “Judge Holmes’ leadership served as a catalyst in the formation of the United Way of Central Florida. For more than two decades he consistently challenged the organization to set aggressive goals emphasizing accountability. He expected no more of others than he was willing to give of himself.” 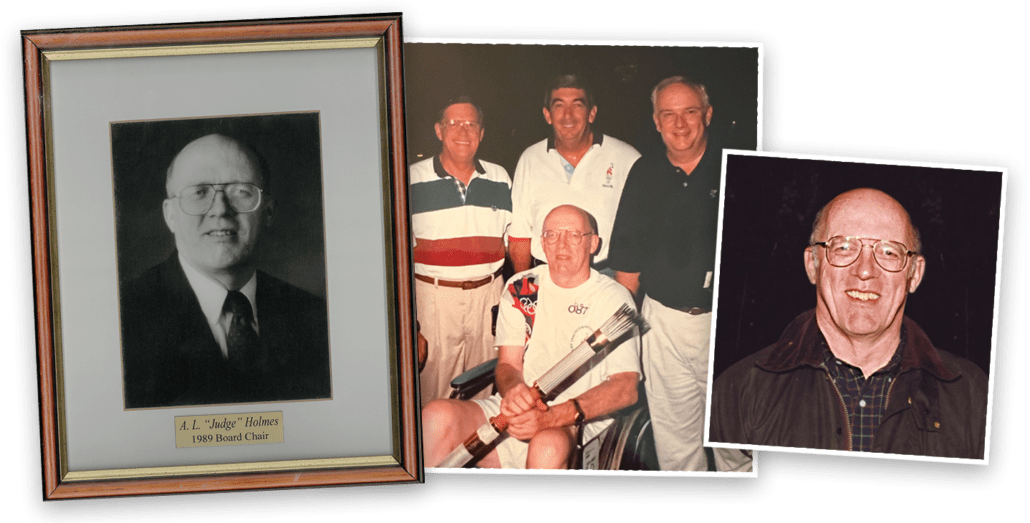 He worked tirelessly with Carol Barnett in the early days of Success By 6, bringing resources to children and families to our local community. He was quoted saying, “We don’t accept a ‘deficit model’ of family assistance, where people are seen as ‘inadequate.’ The whole bureaucratic approach to ‘helping people’ is contrary to the empowerment of people.”

Board member and former Success By 6 Director, Brittany Sale shared, “Judge’s commitment to United Way made a lasting difference. He had a knack for bringing people together to get things done. If he was on your committee, you knew you were going to work hard, but you also knew you were going to be rewarded with a remarkable outcome. He was a brilliant and inspiring volunteer!”

He will be missed greatly and leaves an incredible legacy for others to follow.

Filing Taxes: Doing Your Taxes is Almost Fun with MyFreeTaxes.com
Scroll to top
By continuing to browse the site you are agreeing to our use of cookies