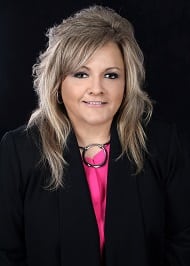 “Kandy is a great asset for the United Way of Central Florida”, stated Alan H Turner II, president and CEO.

“Her dedication to United Way’s mission and vision is unparalleled,” he said. “Kandy has helped bring our organization to the next level. She sees how social media will help grow our digital footprint and engage more donors and volunteers.”

In January, United Way of Central Florida presented its strategic plan – Vision 2020. One goal of the plan is to increase community awareness and engagement. Stanton will be focused on and responsible for the development and implementation of a communication and marketing strategy in efforts of reaching this goal.

Stanton graduated from Keiser University in 2004 with an A.S. in Computer Graphics and Design where she was Valedictorian and a charter member of the Phi Theta Kappa Honor Society. After graduation, she became an Adjunct Instructor and is currently a member of the Keiser Advisory Board and sat on the 2017 Scholarship Review Committee. Kandy’s efforts contributed to United Way of Central Florida receiving a 2017 Employer of Choice Award from Keiser. She also holds an A.A. degree in Marketing from Alfred State College.

The New York native has made Polk County home and looks forward to seeing United Way of Central Florida grow as it continues to make a positive impact throughout our community and to break annual campaign records.

“I’m excited about the steps we’re taking in raising awareness for the work that is being done in Polk, Hardee and Highlands counties,” Stanton said. “We have a great team working toward a common goal. One of my favorite quotes is from Henry Ford, ‘Coming together is a beginning. Keeping together is progress. Working together is success.’ I am honored to be a part of the
United Way of Central Florida team.”