Nearly two months after wrapping up the most successful campaign ever, the United Way of Central Florida is preparing for another year and looking to the future. The organization’s Board of Directors unanimously voted Thursday to approve the slate of officers and new members to serve on its Board of Directors. 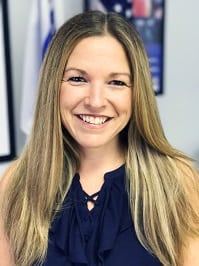 “It is an honor to be selected as the next Chairman of the Board for the United Way of Central Florida,” Jonsson said. “As one of the youngest Board Chairs ever, I see my role as bridging millennials and the leadership of prior generations.”

“This opportunity will help us broaden our base,” she said. “I became passionate about this organization after I joined a Community Investment Team and saw firsthand how United Way invests in services and hold them accountable by making sure we have measurable results. United Way, and our volunteers, make sure the services funded are making the most impact with the dollars invested.”

“United Way is all about giving a hand up, not a hand out. That is something I am very proud to support and be a part of. I am excited about the momentum we have. We have a great team of volunteers and a strong staff all working together to make sure we continue making a positive impact throughout Central Florida. I am thankful for the opportunity to be part of this organization.”

Jonsson, Vice President at A-C-T and a University of Florida Alumni, has been involved in most aspects of the United Way of Central Florida for several years. She served on United Way of Central Florida’s Community Investment Teams, Young Leaders Society, Women’s Leadership Council, several committees and was the Campaign Chairman in 2014. She also serves on several other local nonprofit and community boards throughout Polk County.

“Jennifer has a strong knowledge of United Way, a servant mentality and desire to help make our community better,” said Alan H Turner II, President and CEO of United Way of Central Florida.

“She will be a great board chair and leader,” Turner said. “I am looking forward to working directly with her in her new role and with the rest of the amazing leaders serving on our board. It is humbling to see the number of local community and corporate leaders who have stepped up to be part of our organization.”

Also at the meeting, 10 new Directors were unanimously approved to serve a three-year term.

Roxann Bonta will serve a one-year term, representing the United Way’s Partner Agency Directors Council. Paul Noris, along with his wife Lynn, will be Co-chairs of the 2017 Annual Campaign.

Three Directors were elected to serve a second three-year term.

The organization thanked four Directors whose terms have expired and will step off the board; Bruce Abels, David Acevedo, Kelly Lonsberry & Kerry Wilson. United Way of Central Florida also thanked Deric Feacher for his service as the 2016 Board Chair. They were thanked and presented awards for their service.

United Way of Central Florida also thanked Deric Feacher for a tremendous year of service as Chairman of the Board for 2016, a record-breaking campaign, and for setting up the organization to continue fighting for the health, education and financial stability of everyone in Polk, Hardee and Highlands counties.