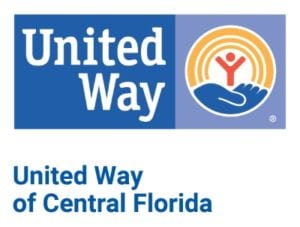 LAKELAND, Fla. | United Way of Central Florida Board Chair, Don Selvage, announced the names of the final three candidates for the position of UWCF President and CEO.

Selvage announced during the executive session at today’s Board of Directors Meeting that the top three applicants for the position are Greta Dupuy, Manager of Associate Services at Publix Super Markets, Inc.; Doug Eberhart, CEO at The Outreach Program; and Christina Criser Jackson, Vice President of Resource Development at UWCF.

Dupuy began her Publix career in 2003 as the Retail Staffing Specialist. In 2007, she worked as the Associate Diversity Development Specialist and, in 2014, Dupuy accepted the Manager of Associate Services position. There she would manage and direct the coordination and implementation of the company-wide United Way program, the third largest donor worldwide. Dupuy has a BA in Psychology from University of South Florida. She graduated in 2001.

Eberhart’s experience with United Way goes back to 1997 when he was named the Vice President of Planning and Community Services for United Way of Bradly County. He has gone on to serve as CEO of United Way of Southern Kentucky, United Way of Kentucky and United Way of the Piedmont. Most recently, Eberhart worked as CEO of The Outreach Program in 2018. Eberhart graduated from Tennessee Technological University in 1989 with a BS in Wildlife Management.

Before starting her role as Vice President of Resource Development in 2015, Jackson came to UWCF as the Director of the Leadership Giving Association in 2008. In 2012, Jackson was named Vice President of Major Gifts and Young Leader Engagement. Jackson received a BA in English from University of Florida in 2006 and a Masters in Family, Youth and Community Sciences from University of Florida in 2010.

Shirley Balogh has been serving as Interim President and CEO during the search process. The UWCF Board of Directors will make a final decision in early January 2019.