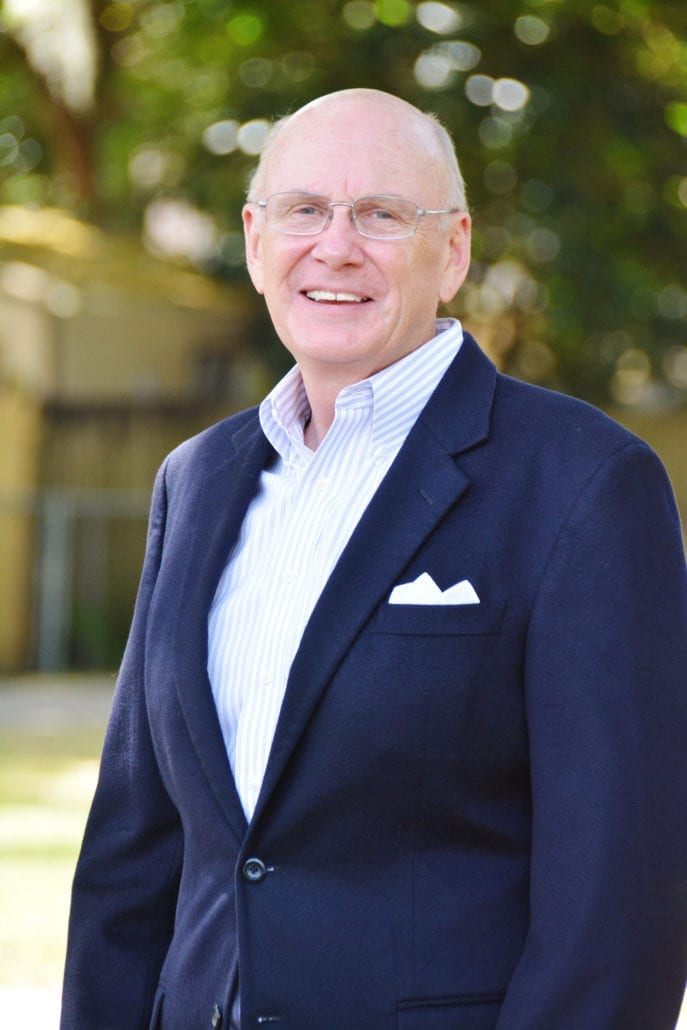 Tip’s involvement with the United Way has been a consistent feature throughout his more than 40 year career. Having filled out his first pledge card as an associate engineer with the Boeing Company in the 1970s, he was a United Way site coordinator at Freeport McMoRan’s Port Sulphur, New Orleans and New York locations as his career progressed.

When Tip was transferred to Central Florida in 1990 to lead Agrico Chemical Company’s mining and manufacturing operations, he joined the UWCF board and in 1993 served as Campaign Chair. It was a difficult time for United Ways everywhere, but the campaign team innovated with initiatives such as the UWCF’s first region-wide Day of Caring.

Tip’s tenure as campaign chair proved to be unusual in that he was transferred to Spain mid-way through, requiring the last campaign meetings to be conducted via international call. As Director General/turnaround architect of a bankrupt Spanish fertilizer company, he saw first-hand the ennobling power of work and the need for an organizing force to maximize value add to those in need. Tip returned to Central Florida as SVP of IMC-Agrico Co. and participated on the UWCF board during the mid 1990s. Tip later served as President of Freeport McMoRan Sulphur Company where he was responsible for retooling the company resulting in the company’s ultimate sale.

Upon returning to Central Florida, Tip collaborated with UWCF, the Polk County Manager’s office and others to help found Polk Vision to provide regional input from citizens and organizations about our future and was honored as UWCF’s Volunteer of the Year.  He also served as President of Commercial Carrier Transportation and later as CEO of JDCPhosphate, a startup company that was formed to commercialize a disruptive process technology.

He is a graduate of Tulane University in Electrical Engineering, earned an MBA from Loyola University of New Orleans and completed The Executive Program, an advanced management program of the Darden Business School at the University of Virginia.

Volunteer Spotlight: Dr. Glen Barden
Scroll to top
By continuing to browse the site you are agreeing to our use of cookies