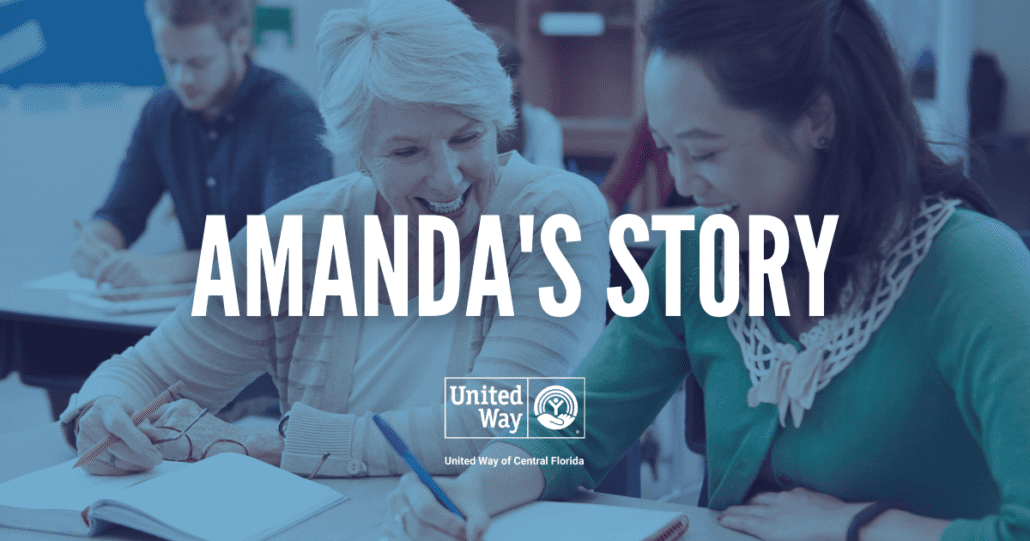 For a long time, Amanda has suffered in silence. Because of her mother and stepfather making her feel like she was never good enough, deserving of a better life, capable of even graduating high school, she lost all hope for a brighter future.

The pain loomed over her life like a dark shadow.

Much of the darkness in Amanda’s life was chased away when she met the man she would marry, but it never truly went away.

Now with two children and a home in a less-than-ideal neighborhood, bills were starting to pile up.

United Way of Central Florida funds a Family Empowerment program at Catholic Charities. When Amanda came to Catholic Charities looking for help with her electric bill, she learned UWCF could offer so much more.

Amanda’s first goal, getting her GED, was lofty, but thanks to the support of her husband, she was determined.

While continuing to take GED classes, Amanda also learned how to make and live off a budget as well as attend a Job Readiness class.

A month later, Amanda was beaming when she landed a job. And over a year later, she is at the same employer, has benefits and has been promoted several times.

She and her husband have started a savings account and actually fixed up their home, bought Christmas presents and even bought an above-ground pool for their kids.

“I would not be where I am today if it wasn’t for the assistance and encouragement from Catholic Charities,” Amanda said.

But she hasn’t given up on her first goal.

Amanda is continuing the process to get her GED online. After work, she comes straight home to continue her online GED classes.