Central Florida Speech and Hearing Center is a beacon for those struggling to communicate. When patients first come to see us, they often feel isolated, embarrassed, and desperate for help. The Center offers support, hope, and encouragement to those that are seeking ways to improve their communication and enrich their lives.

For over 62 years, Central Florida Speech and Hearing Center has been the region’s leading provider of world-class, compassionate care in the identification, diagnosis and treatment of speech-language disorders and hearing loss.

Central Florida Speech and Hearing Center was established in 1960 after the Junior Women’s Club surveyed the County and discovered a need for pediatric speech and physical therapy. Over 60 children were seen in the first year, with services led by the first volunteer speech-language pathologist, Ms. Connie Bovay. Audiology and hearing aid services were added several years later. The Center continued to expand over the years, adding mobile services, adult services and even a preschool Charter. Today, the Center services over 2,000 patients each year at their facility on Lakeland Highlands Road. 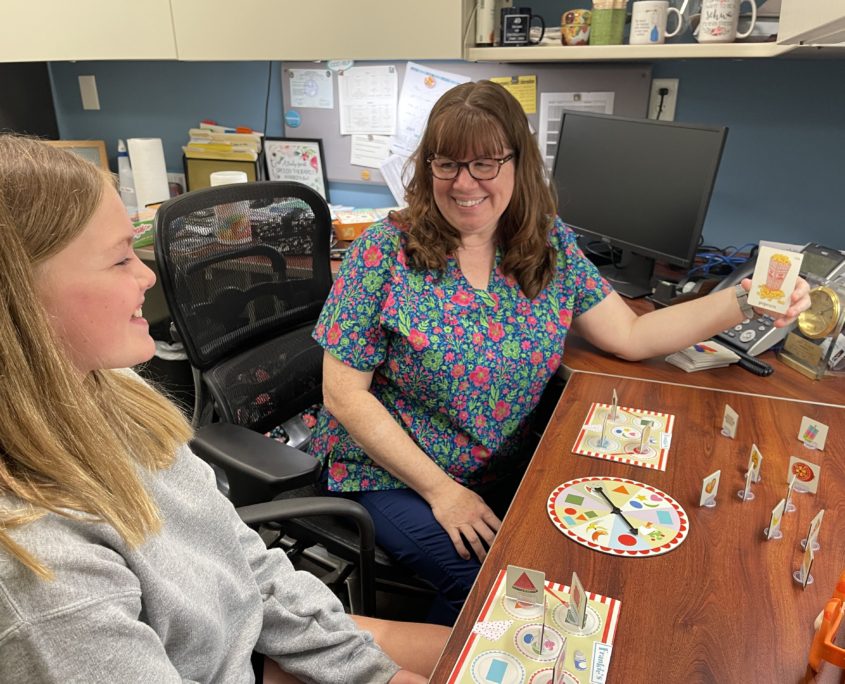 Speech, language and hearing are at the heart of our ability to learn, succeed and interact with others. They support expressing and understand feelings, thinking, problem solving and developing relationships. For children, communication skills are the foundation of developing language critical to cognitive development and learning. Reading, writing, gesturing, listening, and speaking are all forms of language that we learn to use in order to communicate ideas. Communication is the process used to learn and determines how we participate in educational, social and workplace settings. Active and interactive communication skills are vital for children to succeed in school and ultimately in life. Research even shows that speech and language exposure early in life is one of the strongest predictors of academic success later in life.

In addition to the academic effects, speech-language development affects emotional and social growth for children. Difficulty can lead to a child’s inability to express ideas, observations, have confidence and interact with their peers.

Difficulty in the realm of language and communication during childhood can hinder a child’s ability to confidently express their ideas and observations of the world around them. Some younger children, who do not have a well-developed fund of language have all of these ideas and observations of the world in their minds, but feel unable to make themselves understood to others. Over 80% of young people with Social, Emotional and Mental Health difficulties also have Speech, Language and Communication difficulties. In addition, studies have shown an increase in psychiatric disorders in later life for children identified earlier with speech or language impairment. Oftentimes, the behavioral issues mask the real culprit – speech and language difficulties. A child unable to tell someone their basic thoughts, wants and needs will experience great frustration, leading to tantrums, aggression and even depression. Children who suffer from speech issues such as poor annunciation, stuttering, and other unclear speech patterns may isolate themselves, withdraw from peers, and avoid situations such as speaking aloud, or minimize verbal interactions with others. Being able to speak clearly and eloquently can determine whether or not a child runs for school president, presents on their morning school news program, joins a social club, enters the school essay contest or scores well on the SAT. 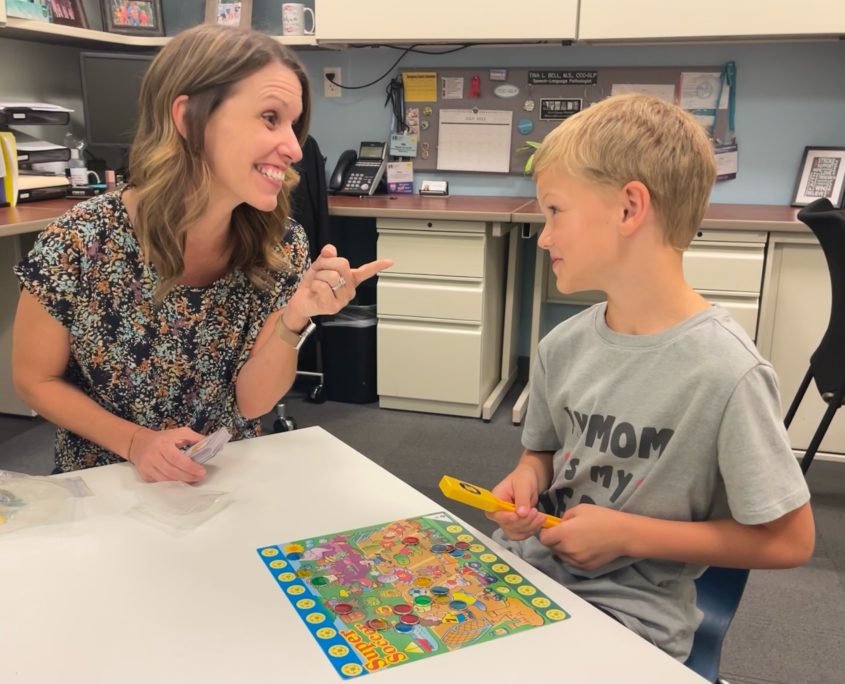 Children learn speech and language skills through access to consistent speech through hearing. Middle ear infections are very prevalent, affecting nearly half of all children and studies show that it is the leading cause of physician visits for children below four. Infections are caused by fluid build-up in the ear, restricting movement of the hearing mechanism, resulting in a mild to moderate hearing loss. While the fluid is present, hearing declines and word understanding is distorted. The distorted, non-repetitive words a child hears while he or she has ear infections affects his or her language and academic development. Once the fluid is cleared from the middle ear, hearing typically returns to normal. A quick resolution of hearing difficulties in young children not only has an impact on their ability to hear now, but also puts them on track towards academic achievement across their lifespan.

Hart and Risley (1995) found that children living in poverty heard far fewer words during the first four years of life than others. When entering school, children who heard a larger number of words performed better academically. Language exposure during the first years of life has been believed to be a stronger predictor of academic success than socioeconomic status. In Polk County, 33% of children live in poverty and are at great risk for underdevelopment of the basic foundation for school readiness, literacy, and success. In addition, children living in poverty are at risk for poor health, not only in their adolescence, but also later in life as adults. Fifty-two percent of these children receive health coverage through Medicaid and are more prone to health issues, including ear problems. 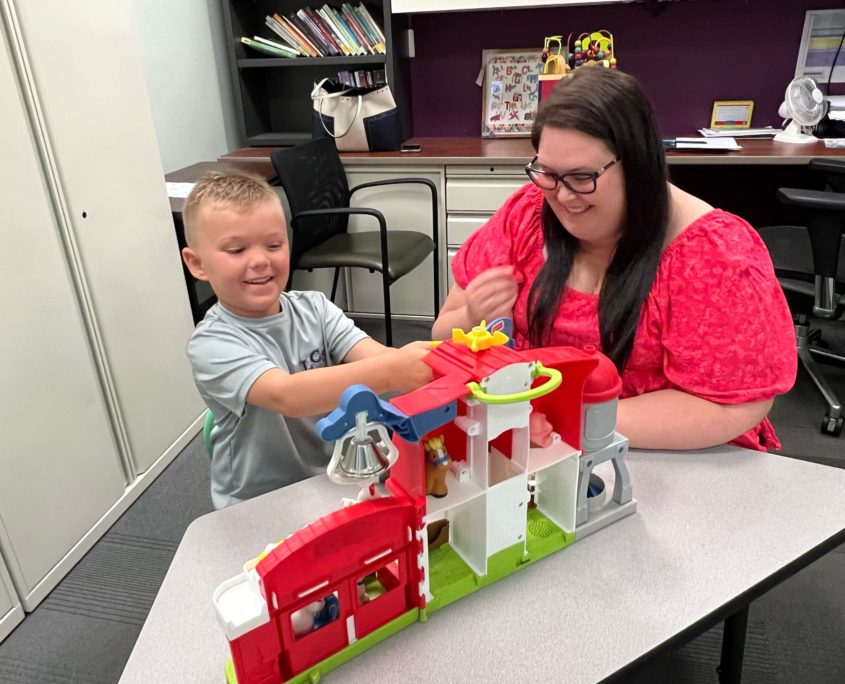 Zanna had a history of recurrent ear infections and had tubes inserted to combat the infections. Her physician referred her for a hearing test after placement of the tubes. The initial hearing test suggested inconsistencies that warranted another referral for an evaluation at the Center. What appeared to be inconsistency was actually a very smart girl trying to give the doctors what she

thought was the “right answer.” After this discovery, the Center’s audiologists were able to detect an asymmetric hearing loss (different in each ear.) The test results indicated that her loss was permanent and hearing aids were recommended. Zanna’s guardians were counseled on the impacts of her hearing loss and its implications on learning and speech if left untreated. She now wears hearing aids with sparkly purple molds!

Zanna’s speech & language was also evaluated and she began receiving weekly therapy. Her speech therapist focuses on catching her up to the language level of her peers and introducing her to sounds such as “S” that indicate plurals, possession, etc. Children who don’t hear language at an early age aren’t aware of these soft sounds that have great meaning in the English language.

Zanna’s speech-language pathologist often described Zanna’s journey as a speeding train ride. When school started, she and her peers started on one end of the track. Most kids boarded the train and starting moving forward. However, because Zanna struggled with her hearing, speech and language skills, she did not have the same “ticket” to board as the other kids did. Her peers began speeding forward, leaving Zanna to chase after the train to catch up to them. Zanna had to work double-time to not only make up the time and skills she had lost, but to arrive at the destination at the same time as the other kids in her class.

Since receiving care at the Center, Zanna has significantly improved her speech and language skills, improved her academic performance, excelled in reading and is now “traveling” through life alongside her peers. Her confidence has grown and she has become a wonderful young lady. She has successfully graduated from speech-language therapy, but we still get to see her when she visits in audiology! 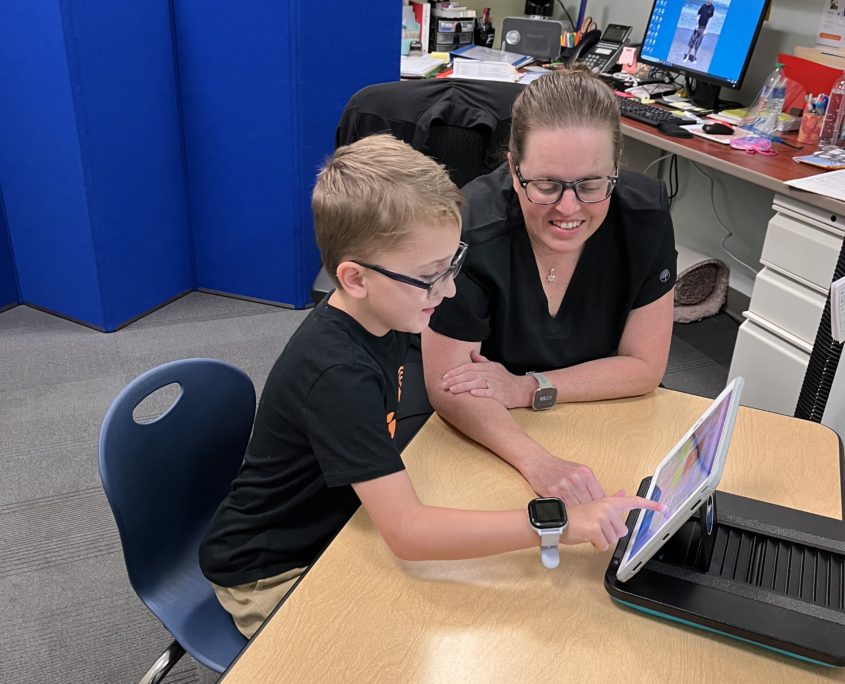 United Way of Central Florida – A Partnership for the Ages

To lift people out of poverty, we must ensure our children and adults have services available for them to build strong foundations for health, physical and mental, and success. Central Florida Speech & Hearing Center is proud to be a United Way of Central Florida partner agency. This partnership allows us to provide Polk, Hardee and Highlands County with life-changing services that affect all ages.

The Center’s programs ensure that children, particularly at risk in our community, have the best possible avenue for rising out of poverty and towards life-long success through learning. The community impact of adult services is to give each adult the opportunity to be contributing members of society and our seniors the chance to age safely in their homes, with the communication tools and assistance needed to combat isolation. The community’s support allows us to provide your great-grandfather with a free amplified phone so he is able to communicate with his family; to provide your neighbor with hearing aids so that they can continue to work safely as a crossing guard; to help your son gain the language skills he needs to feel confident presenting on the school news; to give your brother the ability to speak again after a stroke; and to provide hearing aids to your granddaughter so she can hear her parents tell her they love her for the very first time.

Thank you Central Florida Speech & Hearing for being an incredible partner in our community!