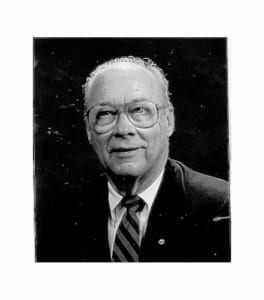 Mr. John T. Cannon III, 93, passed away on Saturday, November 14, 2020. He was born March 25, 1927, to Gladys Brown and John T. Cannon Jr. in Hopkinsville, Kentucky. He was raised in DeLand, FL, and graduated from DeLand High School. He attended the University of Florida for one year and became a lifelong Florida Gator fan, before transferring to and graduating from Stetson University (1949). He was a member of Sigma Nu fraternity. He later furthered his education at the Graduate School of Banking at Louisiana State University, completing the program in 1964.

Mr. Cannon was a past board member of UWCF and a member of the Leadership Giving Association. As campaign chair in 1987, he led UWCF to a 33% increase in giving, the highest in the country.

Mr. Cannon was a member of the Lakeland Chamber of Commerce’s Leadership Lakeland Class I, and he chaired Class III. He was the first recipient of the Chamber’s prestigious Jere Annis Award as the outstanding graduate of the program.

Are Our Kindergartners Ready?

Starting today, give for tomorrow
Scroll to top
By continuing to browse the site you are agreeing to our use of cookies