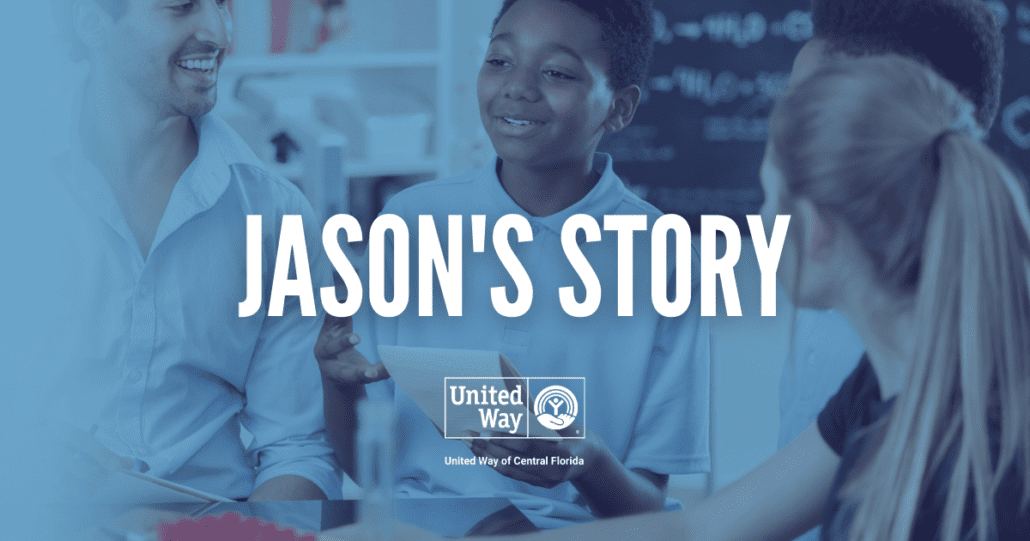 Jason Severinghaus, a 13-year-old, student at Kathleen Middle School in Lakeland, struggled for years in his classes.

Jason did not pass the third-grade FCAT and never quite caught up. He was falling behind more and more each year until a success coach at Kathleen saw how dangerously close he was to being left behind.

The Early Warning Response System is a program to identify students who are at high risk of falling behind at school. It started in the Spring of 2015 at Kathleen thanks to a partnership between United Way of Central Florida, Learning Resource Center of Polk County and Polk County Public Schools.

Success coaches, placed at Kathleen and five other middle schools around Polk, identify middle school students at risk of dropping out and provide intervention and support to help them succeed.

Jillian Severinghaus, Jason’s mother, enrolled him in the EWRS’s tutoring program in January, 2017 to help improve his multiplication, division and reading comprehension skills. Jason also had difficulty staying on task and completing assignments at school.

Just four months later, Jason logged 22 hours of tutoring and made a 16 percent gain on the pre/post math assessment.

Jason continued working with tutors at the start of seventh grade in August, 2017 and his grades kept rising, eventually scoring an 88 in intensive reading, 100 in language arts and 76 in math.

Because of the EWRS tutoring program, Jason is more confident, focused and completes his work.

“I’ve seen a complete 180 from Jason because of the tutoring program,” Jillian said. “It has been amazing. I don’t know what he would do without this program. If this program is still around when my third-grader gets to middle school, I know I will enroll him.”

After a successful EWRS pilot at Kathleen, Polk County Public Schools has taken over the program and allowed UWCF to transition that funding to the Community Partnership School at Crystal Lake Elementary.